Mr. Stone is a senior bank executive with more than 30 years of diverse banking experience.  He is a member of the Primary Bank’s Board of Directors and serves at CEO and President since the bank’s inception in 2015. He serves on the Board’s Executive Committee, ALCO, Directors Loan Committee as well as the senior management committees of CRA Compliance, IT Steering and Vendor Management. Mr. Stone has guided the organization from its infancy with Primary being the first financial institution in New England and only the second in the country to be established since the 2008 financial crisis.

Ms. Dionne serves as the EVP/CFO and is responsible for the overall financial management of the Bank, including balance sheet management, financial planning and analysis and investor relations. Ms. Dionne has more than 20 years of financial and strategic planning expertise having served as the CFO for the Town of Bedford, NH for 14 years and as the Controller for the NH State Lottery Commission, prior to joining the Bank in 2015. Ms. Dionne is a Certified Public Accountant who earned her Bachelor of Science degree in Accountancy from Bentley University and her MBA from Southern NH University. She is the former president of the NH Government Finance Officers Association (GFOA), former president of the New England GFOA and former Vice Chair of the Budget and Fiscal Policy Committee of the National GFOA. Ms. Dionne is an active member of the Bedford Rotary in addition to serving on a local non-profit board.

Ms. Wallem serves as the Executive Vice President of Operations, and Information Security Officer. She is responsible for the management of the Bank's Operation, IT and Compliance/BSA teams. Ms. Wallem has more than 20 years of experience in banking operations, compliance, and risk management. Prior to joining Primary Bank in October 2014, Ms. Wallem was a Senior Vice President, Director of Operations and Information Security Officer at Admirals Bank. Prior to that, Ms. Wallem served as the Senior Vice President of Risk Management at Capital Crossing Bank where she implemented and managed the bank’s risk management, vendor management, business continuity, and security programs. 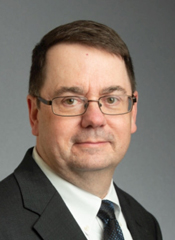 A veteran of nearly four decades in the banking industry, Mr. Conaton has served as Primary Bank’s Executive Vice President/Senior Loan Officer since June 2022. Mr. Conaton originally joined the Primary Bank team in 2018 as a Senior Vice President. Prior to joining Primary Bank, he served as a Business Banking Team Leader with Eastern Bank. Mr. Conaton also played a vital role in the growth of Hampshire First Bank prior to its acquisition, and has also served in various capacities in lending and risk management at Sovereign Bank, Granite Bank, Citizens Bank, and BayBank. A native of Lowell, Massachusetts, Mr. Conaton has long been an active member of the community, and currently lives with his family in Bedford, New Hampshire. Mr. Conaton is a graduate of the University of Massachusetts-Lowell with a degree in Finance.

You have enough to worry about with your business. Let us take care of the details by taking advantage of the many benefits of commercial services.